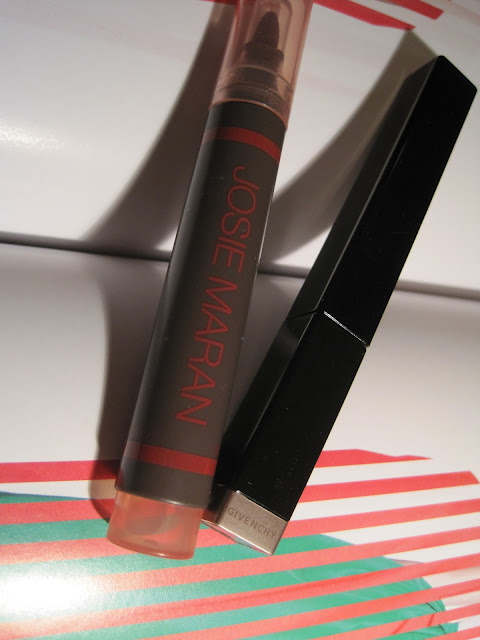 I'm much too lazy in the mornings to put on makeup before I leave the house. I'm much more interested in skincare but that is something I'll leave to a later post.


Lately I've made an effort to applying some makeup. Concealer is absolutely necessary for those sleepless nights spent studying. I'm still experimenting with different ones but I think I might have found a winner with Laura Mercier(creamy enough to blend easily and doesn't end up caking)
The two products I'm most impressed with are Josie Maran Magic Marker Lip & Cheek Stain and Givenchy Parad'Eyes Fluid Liner.  I like a classic red lip and simple winged eye and these two products make it very easy for someone like me who is completely lost when it comes to makeup (luckily I have a sister who isn't)
I prefer lipsticks over lipgloss to provide colour to my lips but chapped lips means it will highlight the dryness and create those awful lines. Lip stains on the otherhand will go on evenly and won't come off like lipstick. Applying a little and blending it will subtly enhance your lips. There are a few drugstores lip stains such as Maybelline ColourSensation lip stain but I found it to dry out quickly. I'll be picking up a Revlon Just Bitten lip stain to compare since it's much cheaper than Josie Maran.
I had a lot of trouble with making a nice winged eye. Application came with practice but it took a lot of failed products before finding the right one. My eyes tend to heat up quite a bit since I wear glasses which caused a lot of liners to smudge and end up on my lower lash which would then emphasize how very little sleep I had gotten. The Givenchy liner is expensive but once it goes on, it stays put unless I rub against it aggressively. The applicator is also very thin which helps you apply precisely. 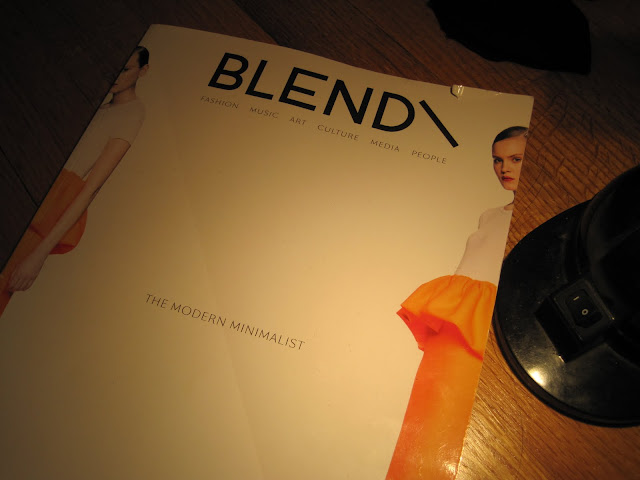 I was very impressed with the feature article from Blend Magazine issue #5.  Entitled The Modern Minimalist and it explains (among other things) how minimalism went from an art movement in the 60s to the current minimalist trend on the runways. What I learned most was from the explanation on Maximalistic Minimalist Fashion and the rise of the Japanese minimalist design esthetics.
Designers like Yohji Yamamoto, Issey Miyake and Rei Kawakubo of Comme des Garçons had a major influence on the fashion silhouette. Their trademarks were the use of asymmetrical lines and black and fabrics. Their modern minimalist design esthetics were combined with the ancient Japanese philosophy of Wabi Sabi. Wabi means 'desire' or 'solitude': it represents the longing for modesty and frugality or the liberation from obligations in the material world. Sabi can be explained as ephemerality and the feeling of nostalgia that comes with the realization that everything is transient. Wabi Sabi represents a life philosophy that conducts its followers to a sober lifestyle with the acknowledgement that nothing is permanent. Therefore the beauty ideal that comes with this philosophy radiates onto a design in which a transient and imperfect nature are cherished and represented in asymmetrical lines and unfinished details. In fashion and other forms of design, Wabi Sabi esthetics include simplicity, modesty and asymmetry: characteristics that can also be accredited to minimalist design.
The article goes on in detail about the Belgium designers (Ann Demeuelmeester and Martin Margiela) and Swedish designers (Acne and Filippa K) who became influential in minimalist fashion. I noted they forgot to mention Helmut Lang from Austria but there was an amazing editorial featuring Jil Sander's S/S 2011 collection. (Incidentally Jil Sander is from Germany and Raf Simons is from Belgium) 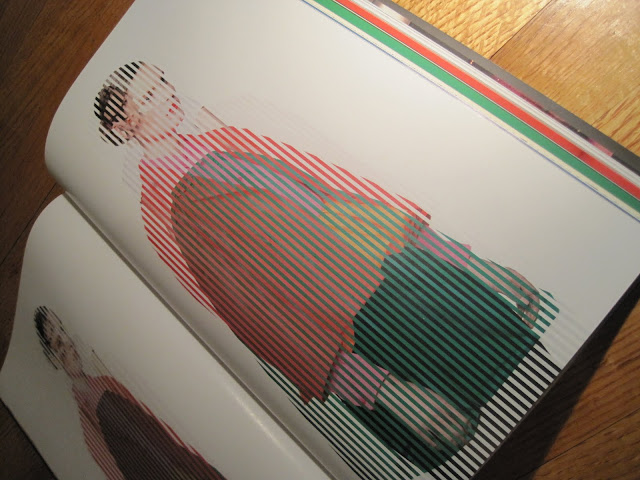 This explanation of Wabi Sabi esthetic was of great interest to me since I tend to gravitate towards these designers but I didn't quite understand the philosophy behind the clothes. They are not like other collections that have  fairly obvious references to an era, an artist or whatever their inspiration. If you think of an Ann Demeulemeester's collection for example, it's usually a lot of black, a lot of draped fabric and odd shapes but I find it completely beautiful. These are clothes that make a quiet statement.
Posted by L.L. at 23.5.11

I'm such a huge fan of Blend Magazine. Such incredible imagery and content.. I need to subscribe :).

I've never bought an issue before but I figure the cover is spectacular and needs to be displayed somehow haha. The editorial featuring Jil Sander's SS 2011 is phenomenal.